There was an error retrieving images from Instagram. An attempt will be remade in a few minutes.

Oregon was one of my top states to visit, and now it’s on my short list of places to live. I am in love with the Pacific Northwest. I started out about a year ago with a goal to hit all 50 states, no timeline, but this is the first time I have verbalized this desire. This has made me track some flights, look at apps, and fantasize about all the places I have never been. Oregon has always been high up on that list but flights are always pretty pricey when coming from Detroit. I did some tracking and some research, as I do, and found a pretty good deal Valentines weekend. Happened to be the same weekend my favorite comedians were performing at a podcast festival so it was essentially a done deal. I snooped around the #Portland hashtag on Instagram and found some pretty epic waterfalls. Then, I looked around AirBnB experiences and found another waterfall hike, something I could replicate on my own – without paying the $85 transportation and guide fee. I decided that weekend, I was going to do a comedy show day 1, chase waterfalls day 2, and explore Portland day 3. 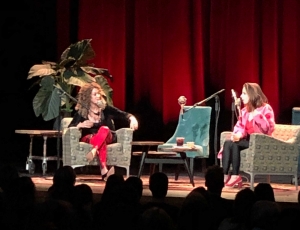 So, that brings us to day 1 – travel day! I boarded my flight at an ungodly hour, hopped over to Dallas, quick layover, then popped on over to Portland. Checked into my cute as hell AirBnB, and took a nap. I got ready then lyfted on over to the comedy club. While in line for some titos and soda, I met a group of girls at the live taping of my favorite podcast that were there for some Portland Girls Meetup – they were super nice and I sat with them during the show. Seeing my idols on stage wasn’t so bad either. After this I had a drink and then went back “home” for some much needed rest. Day 2, my day to chase waterfalls. One of my favorite activities! I woke up bright and early to grab by $35 rental car, then headed up to Multnomah Falls. I got there early so there was basically no one there. Quick tip, if you go in the winter and want to hike to the top of the fall, you need crampons or spikes. Lots of ice and snow packed down by all the tourists! I woke hiking boots but it was a slippery trip. Honestly though, this waterfall is amazing and so worth it. After this I headed down that same trail to catch a few others then headed to Silver Falls Park to do the Trail of Ten Falls. (I didn’t get to do the Ten Falls hike but I got to do their Winter Falls hike which was 5 miles, lots of hills, and still plenty of beautiful falls). Here are some of my favorite photos! Day 3, I headed to downtown Portland to explore. I had brunch at Mother’s Bistro. AKA a large mimosa and a frittata. After this I went to Voodoo Doughnuts to grab a maple bar – so good. Then I went to an incredible, magical little place called the DIY bar. I had bottomless mimosas (for $10!) met some really cool people, and made my own custom passport holder! It’s so cute. After this, I got some cookie dough – what, so cool. Went shopping around the pearl district, got literally lost in a book store, and then saw a movie at the living room theater. Basically, Portland is a very cool place, with super kind people, and a lot of things to do. It is very solo friendly and I highly recommend this city. I can’t wait to be back in Oregon to see what else there is to explore!